Share a memory
Obituary & Services
Tribute Wall
Read more about the life story of Thomas and share your memory.

Thomas James Adams died January 7th, at age 92, three weeks after a fall in his home at Oceanview Senior Living in Newport, OR. For the past three decades, Tom was with Shirle (Delo) Adams, whom he married on April Fool's Day1995. He was previously married to Lorna (Hartline) Adams, with whom he shared three children, Alexander, Ellen Elizabeth, and Christopher.

Tom was born in Akron, OH, the second child of his Greek immigrant parents, Adamandios Thomas Adamandithis and Eleni (Katsourou) Adamandithou. Wanting more for their children, they advocated for them to obtain as much education as possible in order to succeed in America.

Tom spoke Greek until entering grade school where he discovered the wonder of reading books. His parents encouraged Tom to appreciate his Greek heritage, while being proud of being an American. After high school, he received his first Bachelor's from nearby Kent State University in 1952. He and Lorna had married during college, with both working at a munitions factory among other jobs to fund their education. During summer breaks, the couple took jobs at fire-lookout towers in Montana and Nevada. Tom obtained his second Bachelor's at the American Institute of Foreign Trade in Glendale, AZ, studying Portuguese because of a belief in Brazil's future commerce success.

The Korean War Draft put Tom in the U.S. Army in 1953, where he served in Georgia while Lorna took teaching positions in various areas. Following his tour of duty, he worked at a Youngstown, OH, automatic sprinkler company where he was trained to design sprinkler systems for large factories, including some in Venezuela, the only South American country Tom ever lived in, never having made it to Brazil. The company granted his request to transfer to San Francisco, but eventually he wanted a job with a company that would use his international trade degree. He was hired by Gatz Bros. & Co. where he became a commodity trader dealing in plumbing fixtures and piping, fire hydrants, etc., and dealt mostly with the U.S. Navy which was building out some Pacific islands.

Tom took night classes to get another degree, a Master's in international business from San Francisco State, and then traded his dream of Brazil for a teaching career, as Lorna had already done, agreeing it would be a better life for potential parents. In 1961, the couple moved to Los Angeles where Tom worked for Douglas Aircraft Company and Lorna obtained her doctorate in musical arts from USC.

Two years later they returned to the Bay Area, where Tom eventually got his teacher's credentials and then took a position at Sacramento City College teaching marketing and economics, requiring a daily round-trip commute of 200 miles. The couple were delighted to add son Alex in 1964, Ellie in 1965, and Chris in 1966 to make the family complete. Lorna began teaching at California State University, Sacramento, in 1967. Tom attended night-time classes for a doctorate at UC-Berkeley, obtaining the degree in 1972.

Tom wrote his first textbook, The Business of Business, which was published by Harper & Row in 1973 and sold in Canada, Hong Kong, and Australia, as well as in the U.S. through several revisions. In subsequent years, he wrote or revised 41 textbooks (including instructor's guides, test banks, etc.) for McGraw-Hill and Richard D. Irwin in business, marketing, and economics. Tom and Lorna moved from Sacramento with their three school-aged children to a large farm house with a 90-acre vineyard in Acampo, CA, in 1978. Tom rewired the house, updated the plumbing and moved walls to suit the family, and then built a dormitory for his vineyard workers. With no experience in agriculture, Tom consulted with the county farm advisor and his new neighbors for techniques on watering, fertilizing, pruning and harvesting to successfully produce a great crop of grapes each season while on contract to nearby Gallo winery. Both Tom and Lorna commuted to Sacramento during this time to continue their teaching careers. The couple sold the ranch in 1988 after divorcing, both returning to Sacramento. Tom retired from Sacramento City College in 1999, having taught there for 34 years.

Tom had many interests beyond family and education: birdwatching in his travels (he designed a silver BIRDER pendant in the 1990's), pottery, sculpting, woodworking, and calligraphy. His life-time interest in writing to the editor of newspapers began in grade school; his last letters were to the Newport News-Times before Alzheimer's Disease ended that hobby. He had become an enthusiast of classical music at a young age, but it was through Lorna that he got his extensive education in music history and technique. He also loved traveling: China in the 1970's with Lorna, plus trips with Shirle to Russia, Belize, Ecuador, Mexico, Canada, Panama, and of course to Greece where Tom would strengthen his Greek language abilities. He would try to impress upon every young person he met with the importance of a college education, though as costs escalated, he later also mentioned skilled-trades training such as plumbing and electrical.

Tom's interest in his Greek heritage became intensified when he was invited to join the American Hellenic Professional Society in Sacramento. He served in several capacities on the board and became president of the organization in 1999, serving a second term several years later. Though Irish, Shirle also joined the AHPS board and the two worked jointly on many AHPS projects over the years.

Tom often reminisced about his Greek heritage and his immigrant parent's household, eventually deciding to write about it. Tommy: The Americanization of an American-Born Son of a Greek Immigrant Tailor is his memoir about his upbringing and his evolvement, as he put it, "from a Greek-speaking boy into a professor of marketing with a Ph.D. from UC-Berkeley and author of many textbooks." He also sought Greek citizenship which he finally obtained, after sufficient research, through the assistance of the Greek embassy in San Francisco.

Following receipt at age 77 of his second Master's from California State University, Sacramento, he expanded his thesis into a book on opium with a long title, British, Jewish and Yankee Opium: A history of opium from its beginnings in Switzerland to how a government, a family, and a few Americans debauched the Chinese people, killing millions.

In 2015, just before Tom's and Shirle's move to Newport, OR, he was diagnosed with pre-Alzheimer's Disease. To offset that, he began to take classes at the Oregon Coast Community College in Newport to strengthen his brain. Always a goal-setter, he worked toward and received his Associate of Arts from the college, of which he was justifiably proud.

Even progressing with Alzheimer's, Tom never lost his delight in humor and teasing (although at times a 'grump' when his 49'ers lost). Throughout his life, he was a man of his word and followed through on anything he promised, no matter the consequences. He believed God had a big impact in his life though he was not especially religious as such. Tom’s love for his children knew no bounds; they were his greatest joy. He respected the talents of both his wives, Lorna and Shirle, and was a staunch supporter of women in important positions.

The funeral will be held at Bateman's Funeral Home in Newport, OR, at 1 p.m. on January 24, 2023. It will be a Greek Orthodox service with military honors, including a Greek cuisine reception -- a great send-off for Thomas James Adams.

In lieu of flowers, the family suggests donations to the Alzheimer's Association or the Alzheimer's Foundation of America, to help fund research for treatments of this horrible disease.

To send flowers to the family or plant a tree in memory of Thomas J Adams, please visit our floral store. 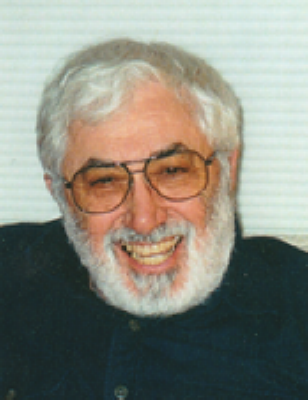