Share a memory
Obituary & Services
Tribute Wall
Read more about the life story of Richard and share your memory.

Richard Linn passed away early Saturday, December 31, 2022 at his home in Newport, Oregon.

The first of four children, Richard was born in Dallas, Oregon to Leslie and Alice Earley Linn on March 22, 1946. Richard was raised in Dallas, attending Dallas schools. Radio was his lifelong passion.  Immediately following high school, he studied Radio Announcing at Portland Broadcasting School.  Radio engineering was his main interest and was completely self-taught, studying for and passing the exam for his First Class Radio Telephone Operators License.  In the early years of his career, “Dick” as he was known in the radio industry, worked at various stations in the Pacific Northwest, including KROW in Dallas, KBZY and KGAY in Salem, and KFLY/KEJO in Corvallis, where he was program director and chief engineer. With his radio engineering skills in demand, he was also a contract engineer at radio stations KYKN, KRKT, KYTE/KNPT, and others in the area.

In 1972, Richard married Stephanie Staab and they made their home in Salem, Oregon and had daughters Leslie and Kellie in the years to follow.

With that love of radio, in 1992 the family moved from Salem to Newport, Oregon to build, own and operate a brand new radio station, KSHL 97.5 FM. A second station in Newport, KRLZ FM “The Wave 93.7” would follow in 2016.

When Richard wasn’t focused on radio broadcasting, his time was spent on amateur “ham” radio (KA7LUF), Christmas lights programmed to run with music, photography, drones, 3D printing and any of the latest hobbies that include engineering and technology.

Richard is loved and missed every day by his wife of 50 years, Stephanie of Newport, daughter Leslie (Jason) Brown of Newport, daughter Kellie Linn of Kihei, Hawaii and granddaughter Holly Brown of Newport. A brother Bill (Sheri) Linn of Albany and sister Mary Linn of McMinnville. Nieces Alice, Lori and Iayesha. Nephews Rees and Nathaniel. Also, Brooke Boles, a close childhood friend to his daughters and numerous grand nieces and nephews.

Preceding him in death are his parents, brother David Linn and beloved niece Crystal Linn.

A memorial service will be held in Newport, Oregon at the Best Western Plus Agate Beach Inn in the Starfish Room on Saturday, March 18, 2023 at 2pm.  A private internment will be held at Dallas Cemetery. Arrangements are being handled by Bateman Funeral Home, Newport, Oregon.

To send flowers to the family or plant a tree in memory of Richard Linn, please visit our floral store. 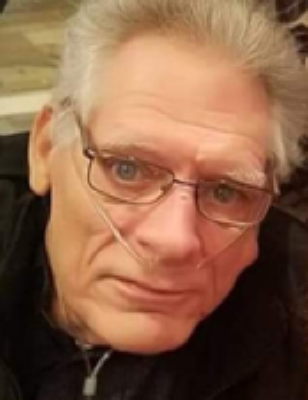