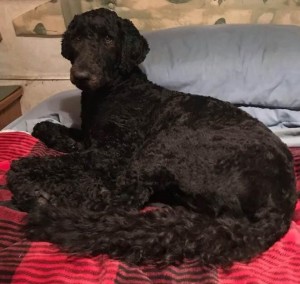 Randy Wyman, 58, of Kernville, OR, passed away October 28th, 2020.   Randolph Alan Wyman was born October 26th 1962 in Minneapolis Minnesota to William J Wyman and Janese C Granholm (Prickett) His little sister Darci, joined the family in 1964. Due to his father working in the restaurant field the family moved around Minneapolis and  then they moved to the southern states  and lived in Pascagoula, Mississippi, Little Rock, Arkansas and New Orleans, Louisiana for a few years before moving back to Minnesota. In 1972 the family moved to Sioux Falls, South Dakota before settling in Eugene, Oregon in 1976.

On the family’s first trip of many to the Oregon beach, Randy fell in love with the ocean and the beach and he would spend hours exploring the beach with his beloved dog Zsa-Zsa, a poodle who thought she was a German shepherd.

When Randy was 18 he decided to leave South Eugene High School and a few months later he joined the Army National Guard.  He met his first love, Donna J Osten while in basic training.  After they moved to Detroit Lakes Minnesota where Donna grew up, married and started their little family. Their son Justin was born in March of ‘84 and Robyn joined the family in September of ‘88.

The family spent time together exploring the lakes and area around Northern Minnesota making great memories. One year Randy even constructed an Ice Castle out of ice from nearby Detroit Lake the winter of 1989/1990. He could do a great Betelgeuse impersonation and would do so at Halloween for the local haunted house.

Donna and Randy divorced in 1994. soon the Oregon beach was calling him and he moved back to Oregon.  Living in Portland for a time before moving to Newport. Where he did some landscaping and got involved with the local theatre company, helping behind the scenes. Later starting his own business taking care of hot tubs.

He met and fell in love with Pamela Michelson, and they married in 1997, divorcing in 2007 but remained friends.

Randy enjoyed the simple life and simple things. He had a kind heart and a love for animals. He was very artistic and loved to create things. He made beautiful water features, yard art, and one of a kind birdhouses.  His son Justin and daughter-in-law Katey moved to the Oregon coast in 2018, much to Randy’s delight.  They found him a puppy, a standard poodle, and sister to their pup that reminded him of his beloved dog Zsa-Zsa, He named her Twilight and she became his companion everywhere he went.  Randy will be remembered for his infectious laugh and the twinkle in his eye in his kindness. He loved his children, grandchildren and his Twilight beyond words and they were his everything. He will be missed greatly by those who were close to him and who loved him dearly.

Celebration of life will be planned for July 2021 in Newport.

To send flowers to the family or plant a tree in memory of Randolph Alan Wyman, please visit our floral store.

You can still show your support by sending flowers directly to the family, or by planting a memorial tree in the memory of Randolph Alan Wyman
Share a memory
© 2020 Bateman Funeral Home. All Rights Reserved. Funeral Home website by CFS & TA | Terms of Use | Privacy Policy