Share a memory
Obituary & Services
Tribute Wall
Read more about the life story of John and share your memory.

John D. Flakne passed away peacefully in his home overlooking the Siletz River on January 4th 2023.

John was born in Minneapolis, Minnesota on April 24, 1934 to Julius and Anne Flakne. He graduated with an ALA and a BBA from University of Minnesota. He married Gail, a nurse from Fort Collins Colorado, on August 18, 1957. They raised 3 daughters. He adored his grandchildren, Ernie, Thaleia, and Alma and loved all his family members dearly, taking great pride in their many talents and accomplishments.

John served as 1st Lieutenant in the US Army Security Agency. Lured to the Chicago area by Barton-Aschman, municipal planners in 1962, he spent the majority of his adult life there, living in Skokie and primarily working in the city. A dedicated and enterprising marketing professional, he joined Montgomery Ward as a media contracts specialist and progressed through roles of increasing responsibility, culminating as Assistant National Retail Merchandising Manager. After leaving Montgomery Ward, he became Vice President of Marketing for Bally Corporation before assuming ownership of two AlphaGraphics franchises. After retiring and enduring several more Chicago winters, John moved to Siletz, Oregon where he enjoyed the more temperate weather and wild natural surroundings.

John was a gifted and passionate hobbyist who loved to cultivate beauty. He adorned his houses with eclectic and elaborate gardens. He also filled the family home with an array of tropical fish in lushly landscaped tanks, earning it the nickname “the aquarium house” to neighbors and passersby who could glimpse some of his handiwork through the large picture windows. A classical music aficionado, he broadcast his expansive library of symphonic works from humongous speakers using the latest (always the latest) hi-fi equipment and treated his wife and sometimes a lucky daughter to live concerts at Chicago’s Orchestra Hall. It wasn’t all high culture, though. John was an avid fan of the Bears, the Bulls, and the Cubs, and his movie tastes ran from obscure art films to even more obscure B-movie sci-fi. He liked to keep up with news, debate politics, unwind with a glass of wine, and spend time doting on his canine companions. Finally, his facility with technology was the envy of many; even his grandchildren were known to seek out his advice.

John lost his wife Gail in 1980. He is survived, missed, and lovingly remembered by his three daughters, Dawn Flakne, Robyn Flakne, and April Flakne; their respective partners, Stephan Bennett, David Jefferson, and Ori Dasberg; his grandson Ernie Jefferson and partner Sarah Coleman; and his granddaughters Thaleia and Alma Dasberg.

In lieu of flowers, please consider donating to the Oregon Coast Aquarium or the Chicago Symphony Orchestra

To send flowers to the family or plant a tree in memory of John D Flakne, please visit our floral store. 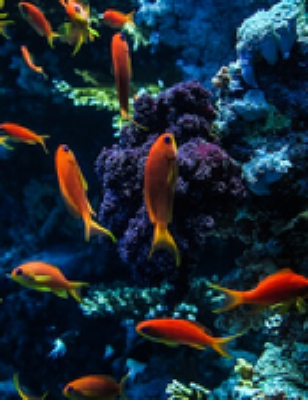 You can still show your support by sending flowers directly to the family, or by planting a memorial tree in the memory of John D Flakne
SHARE OBITUARY
© 2023 Bateman Funeral Home. All Rights Reserved. Funeral Home website by CFS & TA | Terms of Use | Privacy Policy | Accessibility