Share a memory
Obituary & Services
Tribute Wall
Read more about the life story of Eugene and share your memory.

Eugene (Gene) Franklin McCrum, 89 peacefully passed away on Friday, December 23,2022 at his home in Waldport.

Gene was born in Lincoln Park, Michigan on August 9th 1933 to John and Thelma (Mason) McCrum the youngest of five children.

He graduated from the University of Michigan with a bachelor’s degree in Philosophy in 1954, getting a degree in Physics a few years later.

While at University Gene met and married Shirley Jean Robinson. They were a devoted couple for 64 years and had four children together.

Gene and Shirley moved to California in 1955 where he eventually became an Aeronautic Engineer for Ford Aerospace.

After retiring, they traveled across the country before settling down in Oregon to be near family.

Gene and Shirley were devout Christian’s and were deeply involved in their church. The Evangelical Free Church of the Garden Grove in California and the First Baptist Church of Waldport, where Gene was a Sunday School teacher and an Elder for 25 years. They Loved their church family.

He was known for his faith and his kindness, especially to the wait staff at his favorite restaurants, and he had a soft heart for animals.

Gene was a loyal fan of the Michigan Wolverines

He had a strong work ethic and was a great example for all who knew him.

Gene was preceded in death by his wife Shirley McCrum.

Gene is survived by his children David and Maria McCrum, Miriam Meacham, Bruce and Sharon McCrum and his 9 grandchildren and 6 and 1/2 great grand children.

A memorial service will be held in March, futher details coming.

To send flowers to the family or plant a tree in memory of Eugene Franklin McCrum, please visit our floral store. 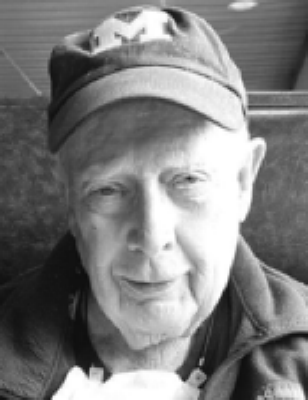 You can still show your support by sending flowers directly to the family, or by planting a memorial tree in the memory of Eugene Franklin McCrum
SHARE OBITUARY
© 2023 Bateman Funeral Home. All Rights Reserved. Funeral Home website by CFS & TA | Terms of Use | Privacy Policy | Accessibility